The ancient citadel of Mycenae, listed by UNESCO as a World Heritage Monument, lies in the North-East part of Peloponnese in the Argolis region. A majestic archaeological site on top of a rocky hill, Mycenae was the center of power in the Late Bronze Age, with its massive Cyclopean Walls and imposing Lion’s Gate leading to the Palace Complex, the Royal Tombs and many other grand monuments.
It is no wonder that the Mycenaean and their culture have been an inspiration to Homer and other famous ancient Greek writers and poets. The archaeological site lets the visitor delve into the history, architecture, civilization and customs of the Mycenaean Empire. Close to the main archaeological site, there is the Tomb of Agamemnon (or Treasury of Atreus), one of the most significant monuments of the archaeological compound. 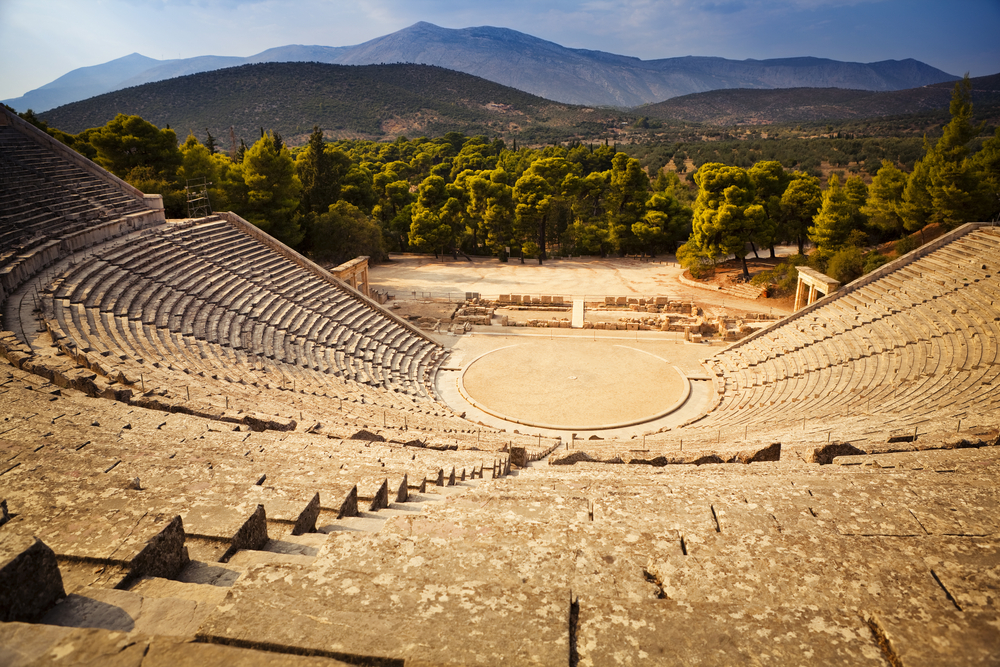 Epidaurus is a historic town, famous for its archaeological site and ancient theater, in the east Argolis prefecture. Built at the foot of the mountains Arachnaion, Koryfaion and Tethion, it is regarded as the birthplace of the god Asclepius. Its strategic location, but, more importantly, the Asclepeion healing center contributed to the town’s rapid growth.

There are many important ancient edifices in the Epidaurus site, but the crown jewel is definitely its ancient theater. It was built in the late 4th century BC to be a place for religious ceremonial events dedicated to Asclepius, the god of medicine. The theater itself is the best preserved ancient theater in Greece, famous for its symmetry and the incredible acoustics, as well as the greenery that surrounds it and offers a nice view to the valley below. In the late spring and summer, it hosts performances of ancient Greek drama, while many famous Greek and international artists have performed there during the Annual Epidaurus Festival.