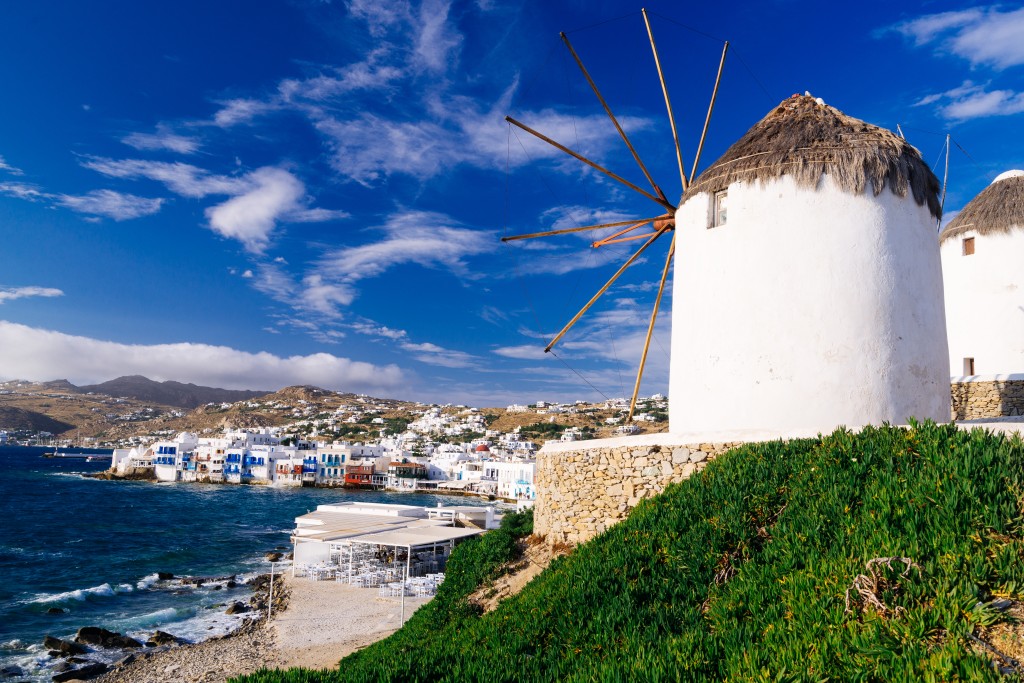 Mykonos the most cosmopolitan destination in the Cyclades is part of the Cyclades, lying between Tinos, Syros, Paros and Naxos. The island took its name from the grandson of Apollo, “Mykonos”.

The capital town (Hóra) is one of the best examples of Cycladic architecture with its narrow marble streets, whitewashed houses with colorful doors and window frames, bougainvillea trees in purple bloom and hidden churches.

The windmills are a defining feature of the Mykonian landscape. There are many dotted around the island, but most are concentrated in the main town of Chora. The famous “Kato Mili” in Chora (lower mills), stand in a row on a hill overlooking the sea to harness the strong northern winds. Capped with wood and straw, the windmills were built by the Venetians in the 16th century to mill flour and remained in use until the early 20th century.

One of the most scenic corners of the island is Alefkántra or “Little Venice”, rows of fishing houses line the waterfront with their balconies hanging over the sea. The first of these was constructed in the mid-18th century, pictures of the famous Italian city spring to mind.