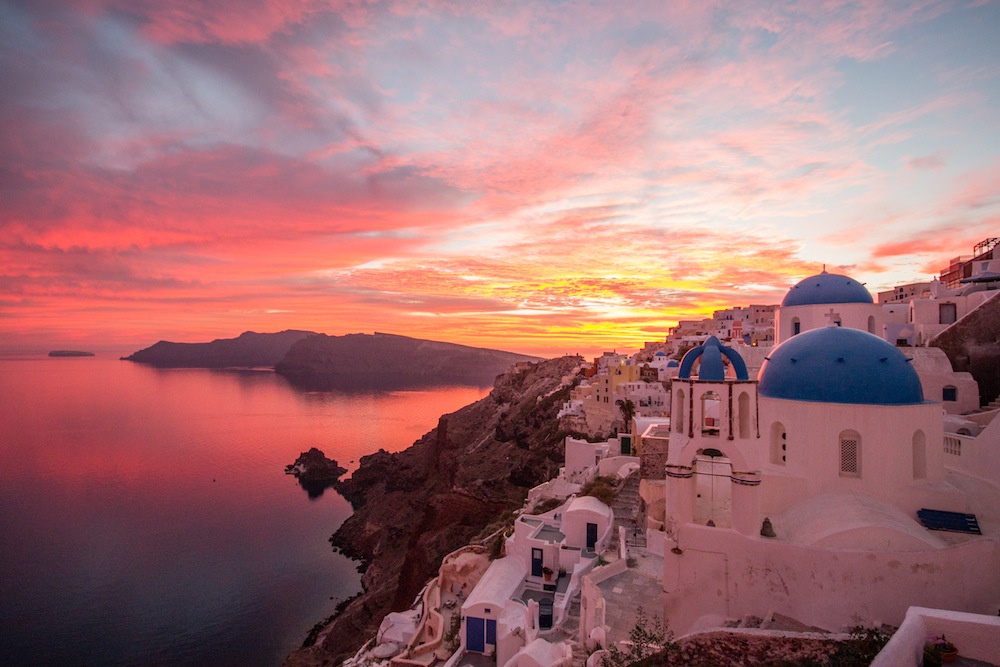 Athens, one of the world’s oldest cities, is the capital and largest city of Greece, dominating the Attica region. Arrival at the airport which is named Elefthérios Venizélos, started operating in 2001 and is located about 30 km from Athens . Transfer to the hotel. Overnight in Athens.

The contrast between the monuments of a glorious past and the modern elegant structures is what you will enjoy most during your tour of Athens. City tour. Overnight in Athens.

Visit three gorgeous Greek Islands in a one day cruise from Athens for a relaxing day on the sea! Visiting the Saronic Islands of Hydra, Poros and Egina. Overnight in Athens.

The three windmills are one of the most popular landmarks of Mykonos. However, there is a lot to be seen, starting from the Municipal Library which is located in Agia Kyriaki Square. Then you have the opportunity to stroll around the Three Wells and Lena’s House, visit both the Archaeological museum and the Aegean Maritime museum and relax somewhere in a cycladic chill-out mood after so much walking with the stars from all over the world. Overnight Mykonos.

Just beneath the windmills is the area of ‘little Venice,’ the ideal place to enjoy the sunset. After visiting museums and island landmarks, if you have already taken a selfie with Petros the pelican, in Chora, your next step is to adopt the habits of a real resident, taste the witty cocktail combinations of Mykonos and keep some of your energy for the night parties that follow. Overnight in Mykonos.

Transfer to the port for the ferry to Santorini. The precious gem of the Aegean is actually a group of islands in the southern part of Cyclades that consists of Thíra, Thirassiá, Asproníssi, Palea and Nea Kaméni . Transfer to the hotel. Overnight in Santorini.

Santorini is essentially what remains after an enormous volcanic eruption that destroyed the earliest settlements on a formerly single island. Overnight in Santorini.

Santorini’s seaside treasures are the blue waters, the beaches with white, red or black sand or even volcanic pebbles, the spectacular rock formations and the impressive lunar landscapes. Overnight in Santorini.

Transfer to the airport.