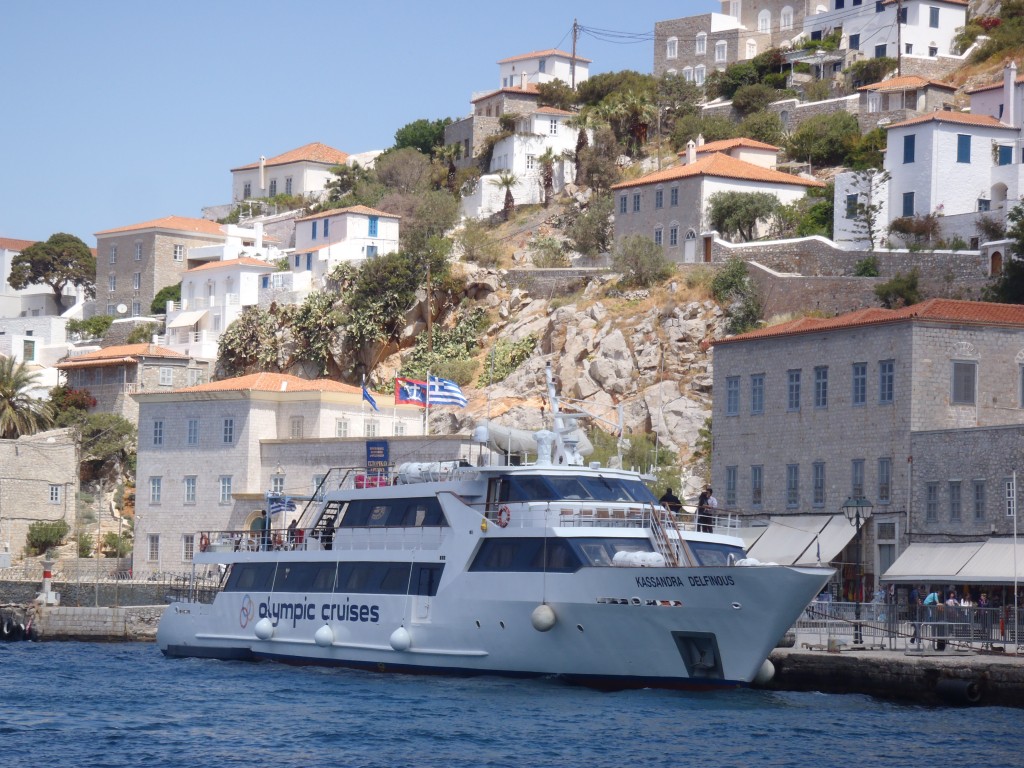 The one day cruise to Hydra, Poros, Aegina departs daily, all year round, from Flisvos Marina. Transfer from your hotel to the cruise and back to your hotel. Includes lunch.

A beautiful island, small in surface but big in history and particularities, which stands out amongst many others. Its traditional architecture has remained untouched from modern interventions. Here we promise you unforgettable moments of relaxation and carefreeness!

From the moment you set eyes on it, it is going to impress you with its quaint cobbled streets, mainly served by donkeys, since the circulation of vehicles is banned.

Strolling in the streets, you will discover wonderful mansions-fortresses (indicative of the crucial role played by the island in the Greek War of Independence) and historic churches. And on top of it all, wherever you are, you will be surrounded by the beautiful blue of the sea!

Resting against the rail of the ship, observe the horizon… Poros already starts to appear before you. The first thing you will notice is the historic clock of the island on top of the highest hill. Built in 1927, it is visible from everywhere and adorns the town. Once on the shore, let peacefulness and natural beauty allure you. It is not by chance that the all-green Poros, with its pines stretching from its rugged shores to its sandy beaches, is known as the “island of romance and carefreeness”. Strolling about the town, you will come across the town-hall, the archeological museum, the municipal library, the cultural hall, white washed houses, and tourist shops.

The biggest island of the Saronic, which was named after the homonymous nymph (the prettiest daughter of Greek god Asopus), for whom the father of gods, Zeus, fell. A distant descendant of this love was Achilles,the mythical hero of the Trojan War. Historically, Aegina has repeatedly played a major role in the development of Greek matters. In 480 BC, Aegina helped to keep the Persian invaders away. In 1821, during the Greek War of Independence from the Turks, Aegina, thanks to its strategic location, was the main replenishment station for the Greek rebels. In 1826, after the establishment of the New Greek State, Aegina became the first capital city of Greece!

Aegina is known for two things:

1) its pistachios, renowned throughout the world for their taste and quality, and
2) its beautiful, beaches. In the summer, you will have the opportunity to enjoy a swim at one of the best beaches of the island. Aboard our deluxe air-conditioned bus, you may visit the ancient temple of Aphaea and the church of St. Nektarios.