Greece has been home to one of the oldest civilizations in history and has been inhabited for thousands of years. Every civilization has left a mark on this land, whether visible to the eye today or not, archaeologists have a very special interest in Greece and all the treasures it holds within. Many people are interested in the rich culture and history of Greece and they are looking for ways to explore the secrets hidden. Providing for precisely that category of people are various Greece archaeology holidays, which let visitors explore and discover the various archaeological sites that Greece is famous for.

The ancient city of Athens hosts a large part of the archaeological sites one can visit in Greece. The highlights are the Acropolis and the New Acropolis Museum, Aphaea temple and Apollo Temple, the Ancient Agora, the ancient cemetery, to name only a few. Another must visit in the surroundings of Athens is the Sanctuary of Poseidon,Cape Sounion, known as the place where King Aegeus committed suicide, after his son Theseus has killed Minotaur in Crete island.

The famous site of Delphi with the renowned oracle can by no means be excluded from an archaeology tour. There you can also visit the Sanctuary of Apollo and Pythia.

The region of Peloponnese includes a lot of impressive and interesting sites, covering both Greek and Byzantine history. On the site of Epidaurus, maybe the most visited site in Greece, you will admire the 4th century Theater, a real archaeological marvel to explore. The 1,800 seat theatre, built in homage to Apollo, with excellent acoustics will leave you speechless. Ancient Mycenae can come next, the land of Agamemnon and the strongest city in ancient world. One of the most attractive archaeological sites on Peloponnese is the city of Ancient Olympia, where the first Olympic Games took place in 776 BC. The tours are handled by trained guides, who give you useful information throughout the tour.

Nemea is the site of Hercules killing of the Nemea Lion, the first on his list of 12 tasks. The Nemea museum is the first on the list for you, followed by the Temple of Zeus, the spa baths, unique to this region and the only extant stadium, where the Propylaea and vaulted athletes entrance tunnel still stands. Finish your tour in Peloponnese with a visit to the ancient city of Corinth, with the museum and the Corinth tunnel. Northern Greece has also similar attractions, such as the Vergina site, where the tomb treasure of Philip, the famous Greek king and father of Alexander the Great was discovered.

The Greek Islands are also recommended for archaeology holidays in Greece as there are many archaeological places, with the most famous being Delos, located opposite to Mykonos Island, the sacred place where the gods Artemis and Apollo were born. 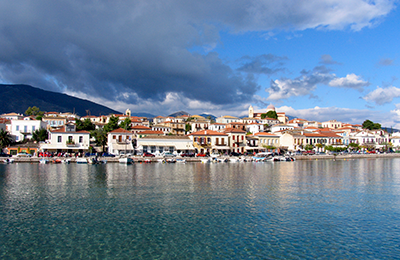 Day 1: Tripoli Athens, one of the world’s oldest cities, is the capital and largest city of Greece, dominating the Attica region. Arrival at the...
Book Now! 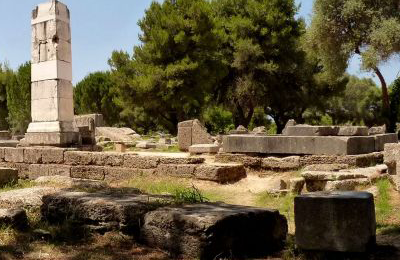