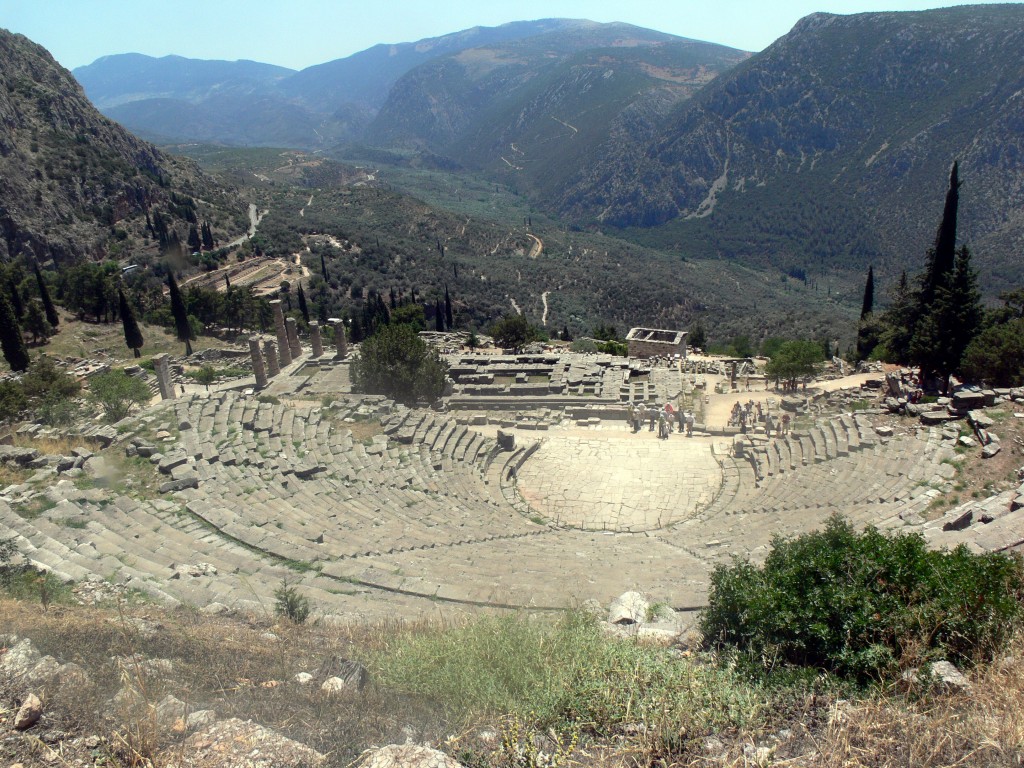 At the foot of Mount Parnassus, within the angle formed by the twin rocks of the Phaedriades, lies the Pan-Hellenic sanctuary of Delphi, which had the most famous oracle of ancient Greece. Delphi was regarded as the center of the world. According to mythology, it is here that the two eagles sent out by Zeus, from the ends of the universe, to find the navel of the world met. The sanctuary of Delphi, set within a most spectacular landscape, was for many centuries the cultural and religious centre, as well as a symbol of unity for the Hellenic world and home to the Pythian Games, the second most important games in Greece after the Olympics which were held every four years.