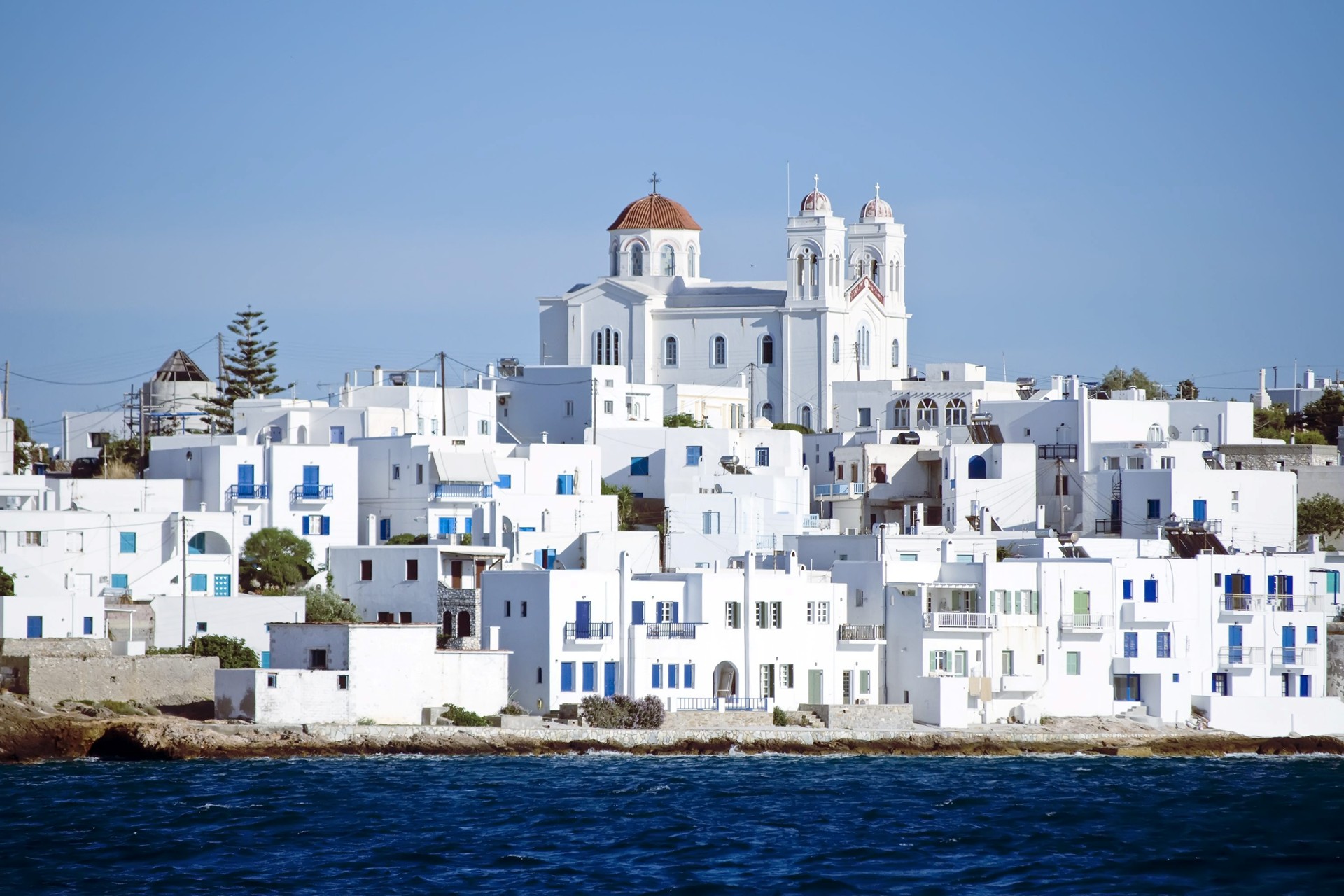 Paros is a Greek island in the central Aegean Sea. One of the Cyclades island group, it lies to the west of Naxos, from which it is separated by a channel about 8 kilometers (5 miles) wide. It lies approximately 161 kilometers south-east of Piraeus The capital, Parikia, situated on a bay on the north-west side of the island, occupies the site of the ancient capital Paros.

In Parikia town, houses are built and decorated in the traditional Cycladic style, with flat roofs, whitewash walls and blue-painted doors and window frames and shutters. Shadowed by luxuriant vines, and surrounded by gardens of oranges and pomegranates, the houses give the town a picturesque aspect.

Above the central stretch of the seafront road, are the remains of a medieval castle, built almost entirely of the marble remains of an ancient temple dedicated to Apollo.On the north side of the island is the bay of Naoussa (Naussa) or Agoussa, which provides a safe and spacious harbor.

The three villages of Dragoulas, Mármara and Tsipidos, situated on an open plain on the eastern side of the island, and rich in remains of antiquity, probably occupy the site of an ancient town.

Another important settlement of the island Paros is Lefkes . Lefkes is an inland mountain village 10 km away from Parikia. It is a picturesque village with narrow streets. A visitor could walk and enjoy the carefully whitewashed houses and streets with beautiful and colorful flowers. 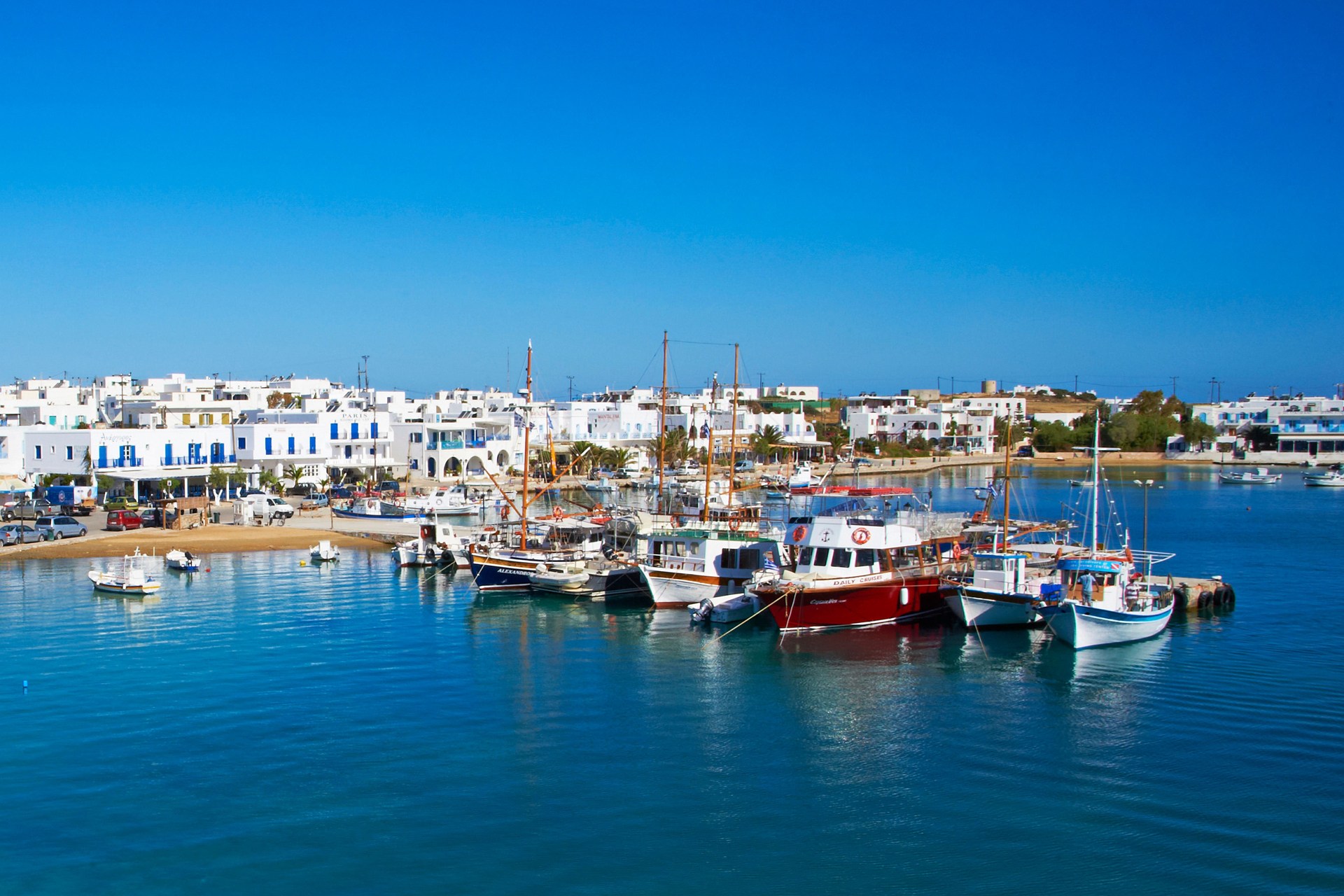 Antiparos is a small inhabited island in the southern Aegean, at the heart of the Cyclades, which is less than one nautical mile (1.9 km) from Paros, the port to which it is connected with a local ferry. Where beauty well exceeds its size Antiparos is a small Greek island located at the heart of the CycladesThe island offers 57km of stunning shoreline and is blessed with a striking natural beauty, crystalline emerald waters, golden sandy beaches and other extraordinary natural wonders.