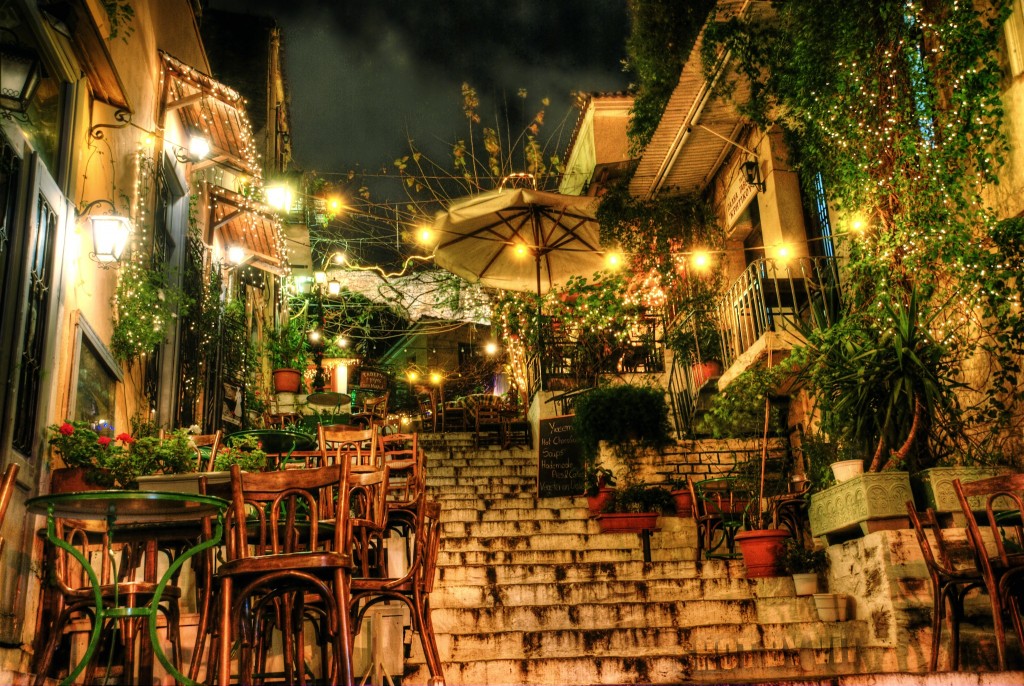 Plaka is the old historical neighborhood of Athens, clustered around the northern and eastern slopes of the Acropolis and incorporating labyrinthine streets and neoclassical architecture. Plaka is built on top of the residential areas of the ancient city of Athens. It is known as the “Neighborhood of the Gods” due to its proximity to the Acropolis and many central archaeological sites. Plaka resembles a small island in the middle of the city and it was not very long ago that Plaka constituted the city of Athens.

Plaka lies on the northeast slope of Acropolis, between Syntagma and Monastiraki squares. Adrianou Street (running from north to south) is the largest and most central street in Plaka, dividing it into two areas: the upper level, – Ano Plaka – located right under the Acropolis, and the lower level – Kato Plaka – situated between Syntagma and Monastiraki.

Adrianou Street starts from the Monastiraki flea market but disappears in the Roman Agora at the archaeological site of Adrian’s Library, before reappearing behind the wall of the library and Plaka Square.

Another central street of Plaka is Kydathineon, which begins at Nikis street, one block down from Syntagma Square. If you have your back to the square, walk down the large pedestrian shopping street of Ermou and take a first left at Nikis street or a second left at Voulis street. Walk up Nikis till you come to a small pedestrian street (Kydathineon) and take a right. If you walk up Voulis, it dead-ends at Kydathineon.

Plaka is visited by hundreds of thousands of tourists around the year, and is under strict zoning and conservation regulations, as the only neighborhood in Athens where all utilities (water, power, cable television, telephone, internet, and sewage) lie underground in fully accessible, custom-made tunnels.

Museums in Plaka include the new Jewish Museum of Greece, the Museum of Greek Folk Art, an annex of which is the Old Public Baths building, the Frissiras Museum, the Museum of Popular Music Instruments, the Museum of Pavlos and Alexandra Kanellopoulou and the Athens University Museum. Excavations have proven that Adrianou Street is the oldest street in Athens still in continuous use with exactly the same layout since antiquity.