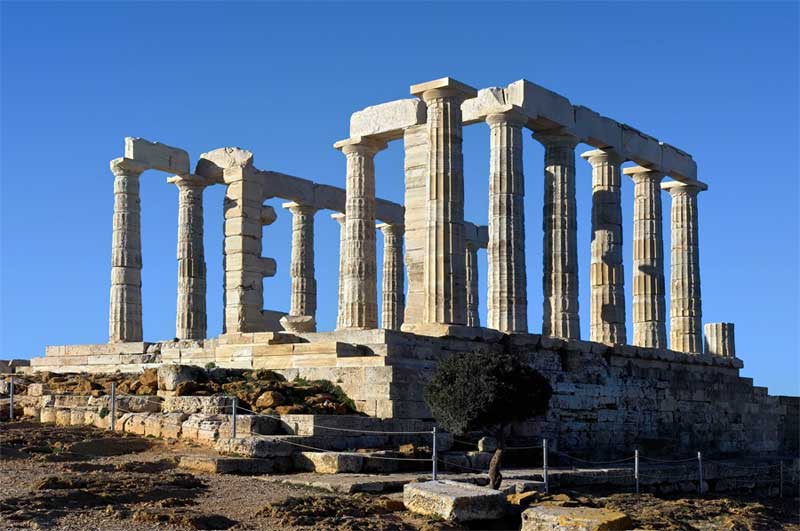 Driving along the coastal road past the wonderful beaches of Glyfada, Vouliagmeni and Varkiza, one can get a splendid view of the Saronic Gulf.

Following the road to Cape Sounion, you reach one of the most iconic sights in Greece: the columns of the Temple of Poseidon, framing the blue sea backdrop since the late 5th century B.C. The temple was destroyed by the Persians in 480 B.C. and a new one was built by Pericles to replace it in 444 B.C.

The ancient Greeks were certainly adept at choosing a temple location, as Cape Sounion is a remarkable site. The Temple is perched on a rocky hilltop overlooking the sea that was chosen to hold a sanctuary dedicated to Poseidon. Ancient Athenians came here to offer a last sacrifice to Poseidon, wishing for a safe voyage. According to legend, Cape Sounion is where Aegeas, King of Athens, believing that his only son, Prince Theseus, was dead, jumped off the cliff, thus giving his name to the Aegean Sea.

You will visit the Temple of Poseidon and enjoy a spectacular sunset with a tremendous view to the Aegean Sea.