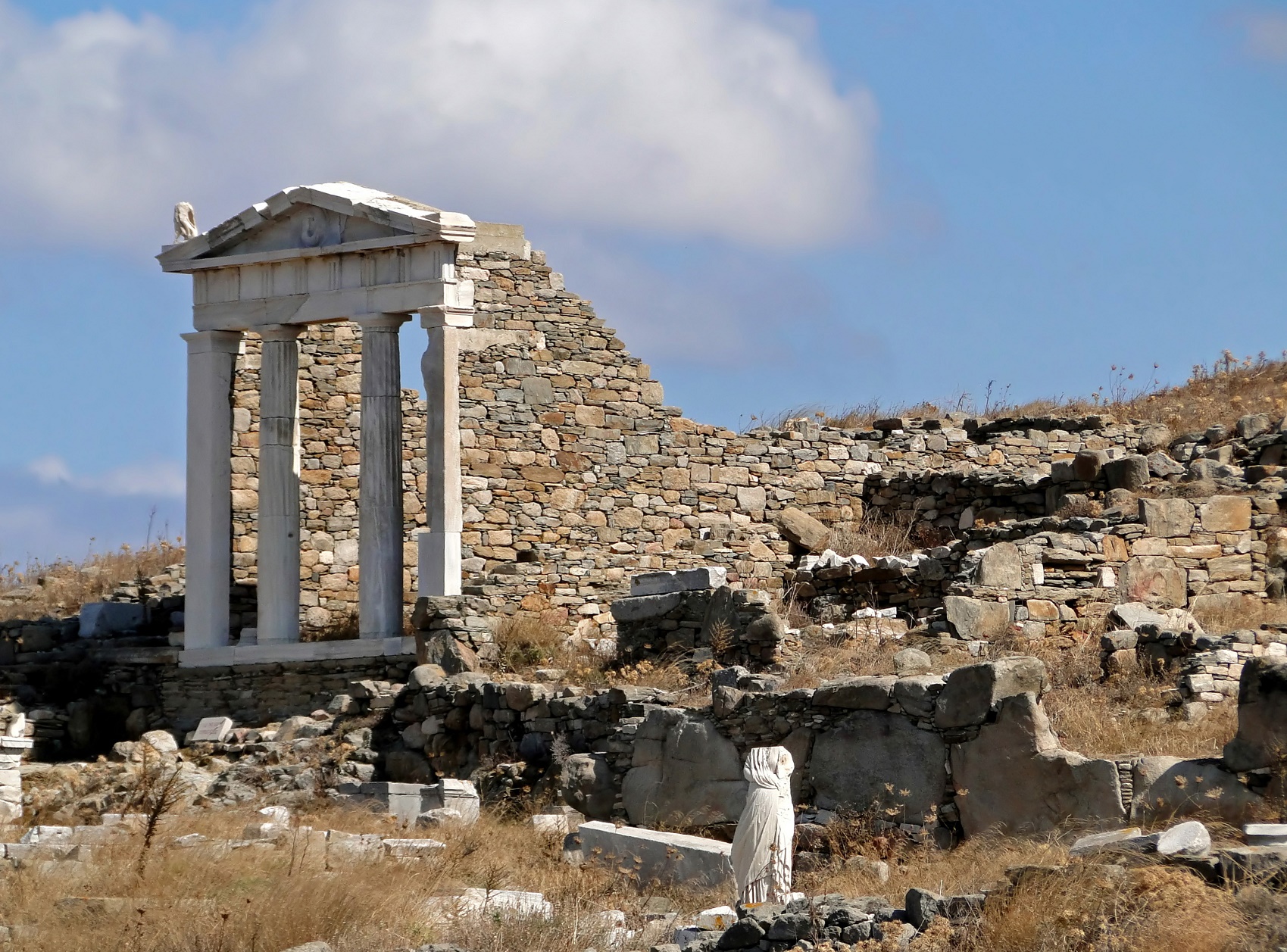 Starting from the main port, Tourlos, the cruise will lead you to the north side of Mykonos island and all the famous and cosmopolitan beaches like Psarrou, a favorite among celebrities, Platis Gialos, the most well-known bay of the island, as well as Paradise and Super Paradise beaches for some party time with loud music and cocktails. Enjoy our cruise northeast of Mykonos’ coast line to Elia, Kalo Livadi and Kalafatis.

Our prime destination is Delos Island, the most important Panhellenic sanctuary. According to mythology, it is the birth place of the ancient Greek gods Apollo and Artemis. The first signs of habitation on the island date to the 3rd millennium B.C., with important ruins of the Mycenaean period uncovered within the vast area of the sanctuary. By the 7th century B.C., Delos was already the most powerful Ionic centre because of its religious importance as the birth-place of Apollo, but also as a center of commerce with great influence around the Mediterranean region, which was considered the World’s Trade Center of its time. The archaeological sanctuary of Delos is listed by UNESCO as one of mankind’s most important cultural and historical sites.

We continue our trip to Rineia island’s amazing landscapes for swimming, snorkeling and sunbathing under the Greek sun. Apart from its crystal blue/turquoise waters and white-sand beaches, its tranquil and at the same time ancient atmosphere will make you feel like Greek Gods!

We will finally cruise back to our base, watching the beautiful sunset of the Aegean Sea.